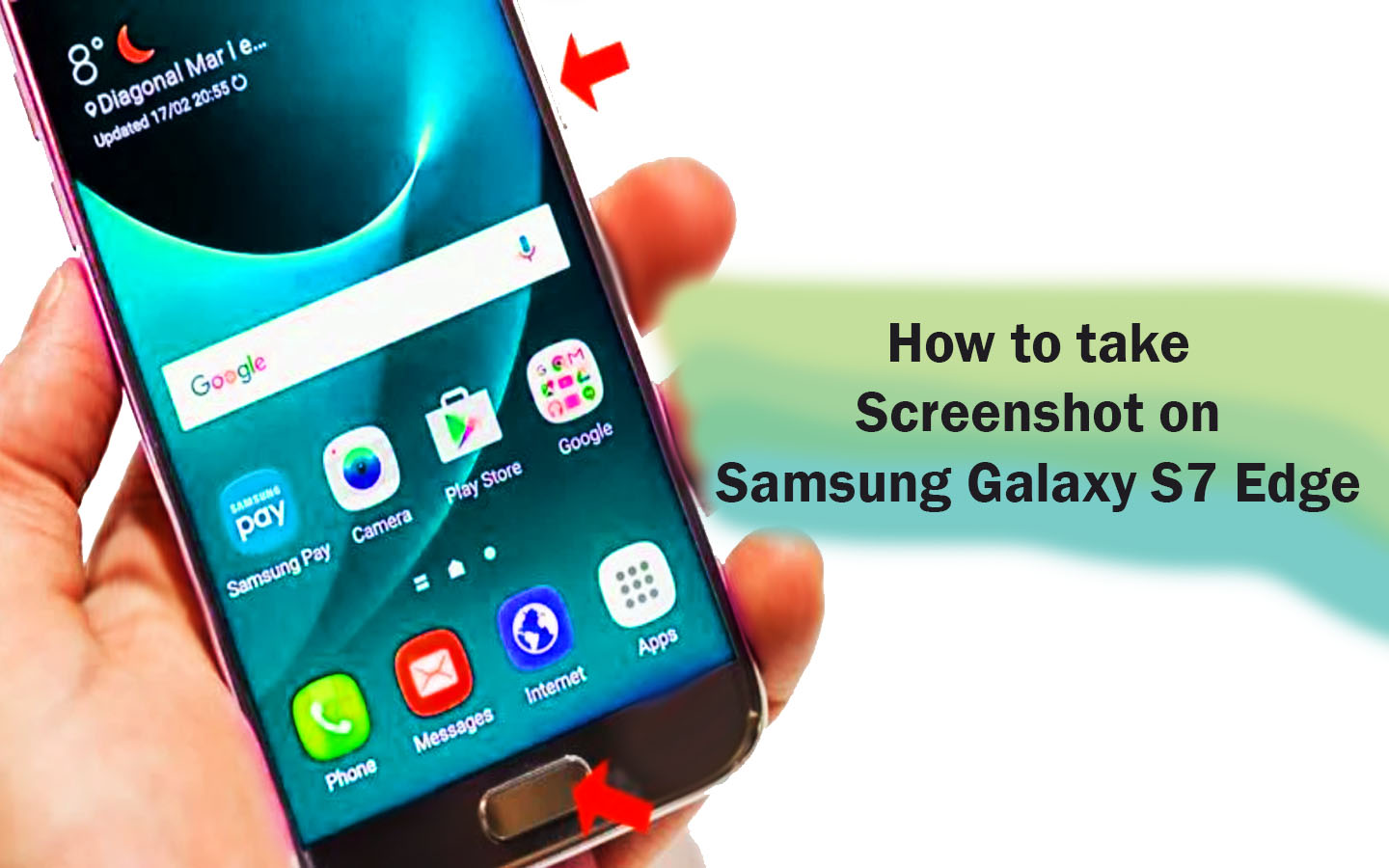 Screenshot S7 Edge: As you know that taking a screenshot on mobile is in trend nowadays because when we see something interesting on the internet while accessing it on our mobile, then definitely everyone is willing to keep it as information but no one is able to note it down somewhere or in mobile then in this case, everyone starts taking a screenshot in their mobile so that they keep that information safe in their mobile.

So, here we are going to tell you three different methods by which you are able to take a screenshot in your S7 Edge:

What is the Need of Taking a Screenshot on Galaxy S7 and Galaxy S7 Edge?

Taking a screenshot on Galaxy S7 is really simple and one of the easy methods to keep a record of some useful information. Also, for this, you don’t need to install any of the other apps to access this feature on Samsung Galaxy S7 and also in s7 screenshot gesture as well.

Of all of the three methods of capturing a screenshot on Galaxy S7, the assistant method is one of the best methods and also you can capture a screenshot by holding the power button and home button as well.

In order to take a screenshot in a perfect way, you are required to hold one button earlier than the other one.

If you hold the power button too early, then it may be that you will get the power option menu on your screen or also it may be that Google Now will appear on the display if you hold home button samsung s7 too early. You need to practice a few times and then you will see that it comes on the practice very fast.

The best feature of Galaxy S7 is that you can take a screenshot on Galaxy S7 by using your palm on the screen of your device. You just need to touch the screen surface with your palm slightly.  In Samsung devices, it allows the feature of palm swipe by default. If your Galaxy S7 Screenshot not working or either you are feeling any issue while taking a screenshot in your Galaxy S7 or in Galaxy S7 edge then it may be that this feature is not working properly in your device or not enabled in your device. So, to enable this feature, you are required to follow the below-given steps very carefully.

If you are facing some difficulty while taking the option of screenshot then you can simply follow or use the third method which we are sharing below.

Samsung has introduced the feature of Assistant Menu in its “Screenshot S7 Edge” and also in Galaxy S7 phones as well. It helps the users who need dexterity assistance in their devices. This feature is one of the highly used features of lots of the users of Samsung S7.

This option is disabled by default in some of the smartphones and you need to follow the below given steps to enable the feature.

Follow the below given steps to enable the assistant menu on s7 screenshot settings.

When you will find the setting of Assistant men then you will also find lots of other options and buttons to save the screenshot on Galaxy S7 Edge. Also, you can edit or remove menu items for the Galaxy S7 Assistant menu like you can simply put the s7 screenshot shortcut button on the first page of your widget as well.

This is one of the best and most important features of the Galaxy S7. Lots of users are feeling happy after getting this smart capture s7 feature on their device. Both the Galaxy S7 and S7 Edge are having this feature.

Lets have an example to understand it properly. Suppose you are reading an article of 1000 or 2000 words or more then it is obvious that this content is not able to fit in one capture of a screenshot. So, to save the screenshot, you are required to capture several screenshots. To get rid of this hassle, Galaxy S7 Edge gives an option of log screenshot to its users.

If you want to capture a screenshot in your Galaxy S7 Edge, then you need to follow the below given steps in a very careful manner. So, simply have a look and understand all the steps very carefully.

All three methods will work on Samsung Galaxy S7 and Galaxy S7 Edge as well. Also, if you are facing some issues while capturing a screenshot on your device then you can simply let us know by dropping a comment below.