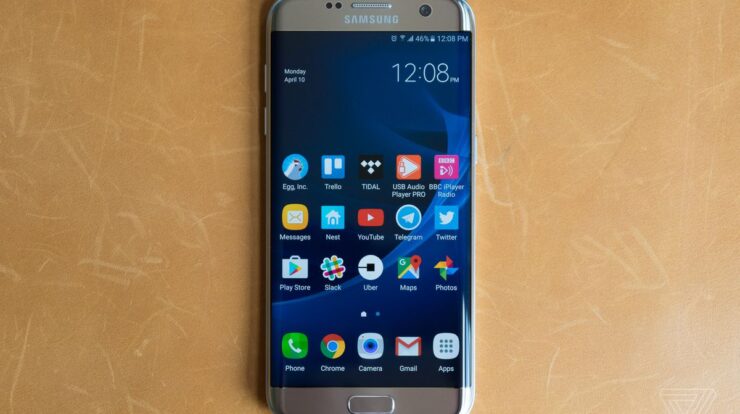 Screen rotation galaxy s7 is the awesome feature in the smartphones as it allows you to view the videos and other apps in the landscape mode. I guess many of you are already using this feature of the android phone. But is pretty hard to find the settings of these modes and sometimes the screen won’t rotate while you turn phone sideways and here we are there to help you with the operations on this feature of screen rotation Galaxy S7.

This guide is based on how you can set the screen settings to auto rotate mode in android phones and what should be done in order to make it work in your android phone.

Some of the users want a solution for this problem and forced portrait mode for home screen or app screen is not a limitation of Android. All the tablets and phones support both the mode if the android is installed in the device. Some of the tablets give the feature to auto-rotate the screen and samsung screen rotation not working in some of the devices.

There are some of the apps which require the landscape mode and screen rotation. They force the screen to operate in landscape mode above the settings of the smartphone.

If you use the Jelly Bean or higher version of the android, you can use the Google Now launcher to rotate the home screen and get into the portrait mode and landscape mode without any problem. This feature is the latest feature and also works for app screen Google Now Launcher.

Requirements to Auto Rotate the Home Screen in Android phones

Google Now launcher is the only setting or the app which is required to rotate the home screen or app screen in auto rotate mode.

If you don’t have the Google Now launcher, you have to install it on your smartphone from the Play Store and then the default home screen will be Google Now.

Quick Settings of the android phone can be accessed by swiping down from the top of the screen and you will find the auto rotate button.

As we have discussed that the auto rotate feature is disabled by default and you need to go to Google Settings to enable it.

For the phones with the Android Marshmallow and later the Google settings could be accessed from the Settings to Google.

For the phones with the Android Lollipop, KitKat, Jellybean there is an app which is called as Google Settings and is already installed in the smartphones.

For accessing these settings just go to settings page and tap on Search & Now.

In this Search & Now menu you will find the option of Allow Rotation under the Home Screen. You can tap in the switch to turn on the auto rotate home screen.

In the android, there are three different aspects which you can take into consideration to get to know about how to rotate screen.

So we have learned the features of Screen Rotation in Galaxy S7 and perform various operations regarding it. Still, if you are facing any difficulties in the operations and procedures related to screen rotation galaxy s8 or auto rotate android not working you can readily contact us through the comments section below. Our team of experts will reach out to your comment as quickly as possible and give you the possible fix for your problem. Your comments are valuable to us.